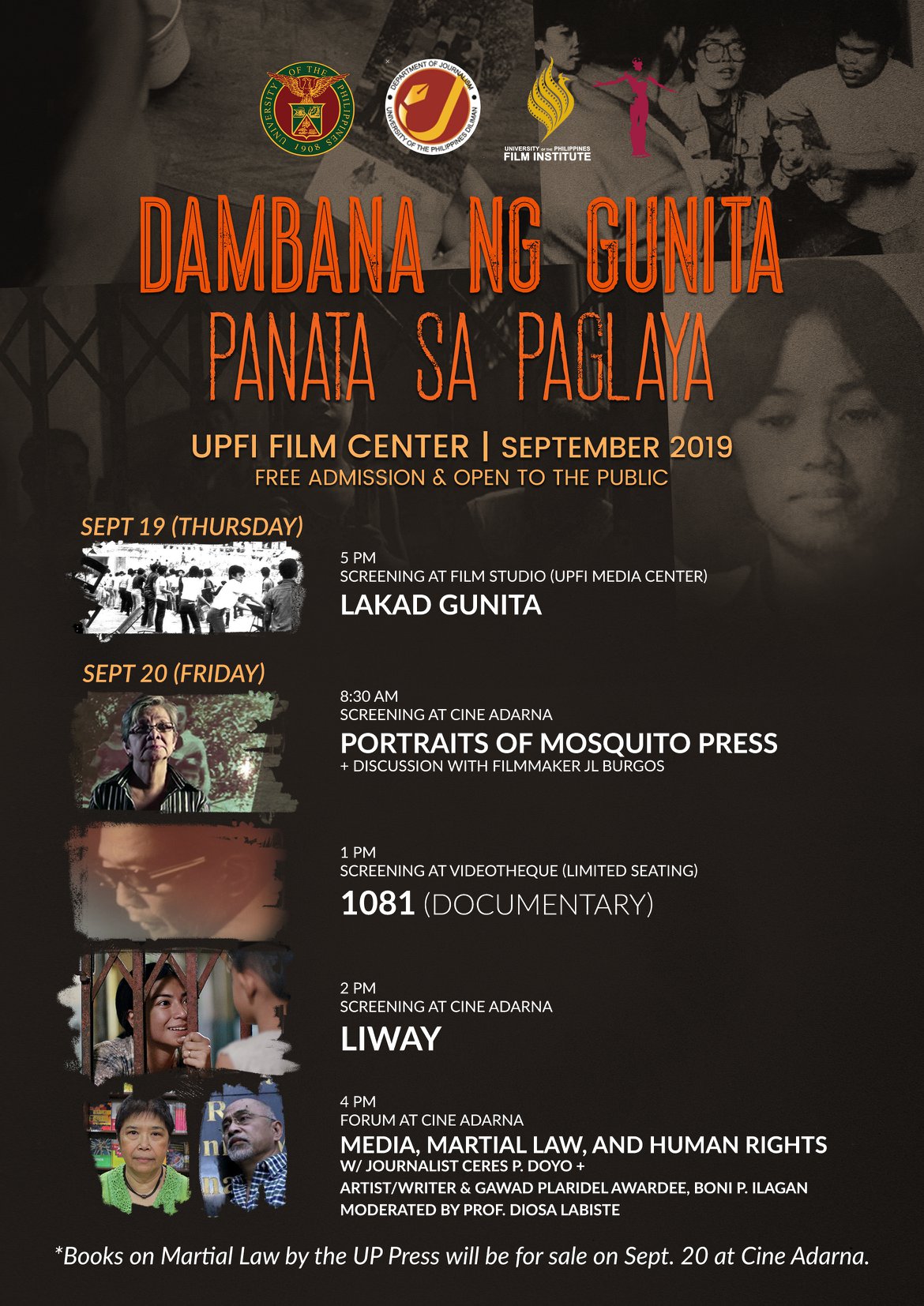 On September 17, 2018, President Danilo L. Concepcion signed Proclamation No. 1, Series of 2018 declaring September 21 of every year as UP Day of Remembrance across the entire University of the Philippines System. The Proclamation sought to commemorate and honor the memory of the University’s best and brightest who struggled against dictatorship and despotism. The UP Day of Remembrance stands as a reminder of the importance of academic freedom, civil liberties, and human rights as central to UP education.

Pre-event activities will start on September 16 with the airing of Lakad Gunita sa Pamantasang Hinirang, a documentary video, on both TVUP and the University of the Philippines online channels to kickstart the weeklong campaign. The documentary will highlight key landmarks in the Diliman campus that became hotbeds of activism: Quezon Hall, Palma Hall, Vinzons Hall, Melchor Hall, and Kamia and Sampaguita dormitories which all stood witness to the events of the First Quarter Storm and the Diliman Commune.

On the actual Day of Remembrance on September 19 this year, an opening ceremony will be held at the AS Steps (Palma Hall) in UP Diliman, accompanied by the unfurling of streamers across the hall bearing this year’s central messages. Danas, a series of performances recreating and commemorating the martial law experience will be featured as street art, ensuring access to the widest audiences. At the center of the performances, a Dambana will be set up by students and faculty of the College of Fine Arts. A public screening of TVUP’s Lakad Gunita sa Pamantasang Hinirang will cap this year’s Day of Remembrance.

On the day after, there will be free screening of martial law-themed films, Liway and Portraits of Mosquito Press, and documentary 1081. This will be followed by a forum on Media, Martial Law, and Human Rights with journalist Ceres P. Doyo and artist Boni P. Ilagan.

Simultaneous events and campaigns will also be launched from Baguio to Mindanao as part of a united, concerted effort to educate the youth who may still not know, and those who knew but may have forgotten. ###

*Books on Martial Law by the UP Press will be for sale on Sept 20 at Cine Adarna.

Admission is FREE and open to the public.

— with UP Press and UP Diliman.