The UPFI’s academic programs aim to contribute to the development of genuinely Filipino national cinema by producing graduates with a well-rounded liberal arts education as well as creative and technical skills and a keen sense of social responsibility. It seeks to instill increased professionalization in Philippine film practice and upgrade local film scholarship.

The UP Film Institute hopes to contribute to the growth of a Filipino national cinema and the strengthening of a cultural identity that is uniquely Filipino while enriching its students understanding of world cinema and preparing them to take their place in it.

In 2010, the UP Film Institute was listed among the best film schools in the world.

Read more in this link: http://www.hollywoodreporter.com/news/best-film-schools-world-26870

On January 2017, UPFI is listed as one of the best film schools in the country.

Read more in this link: http://primer.com.ph/tips-guides/2017/01/14/a-list-of-the-best-film-schools-in-the-philippines/ 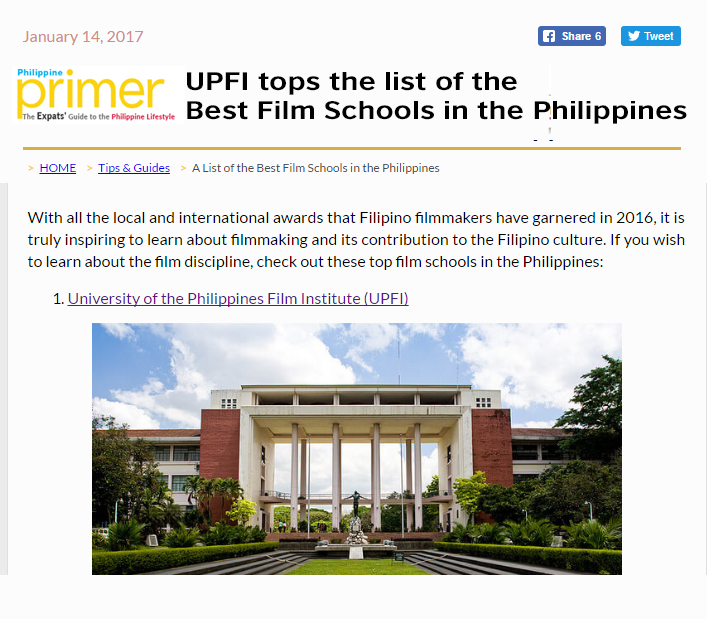 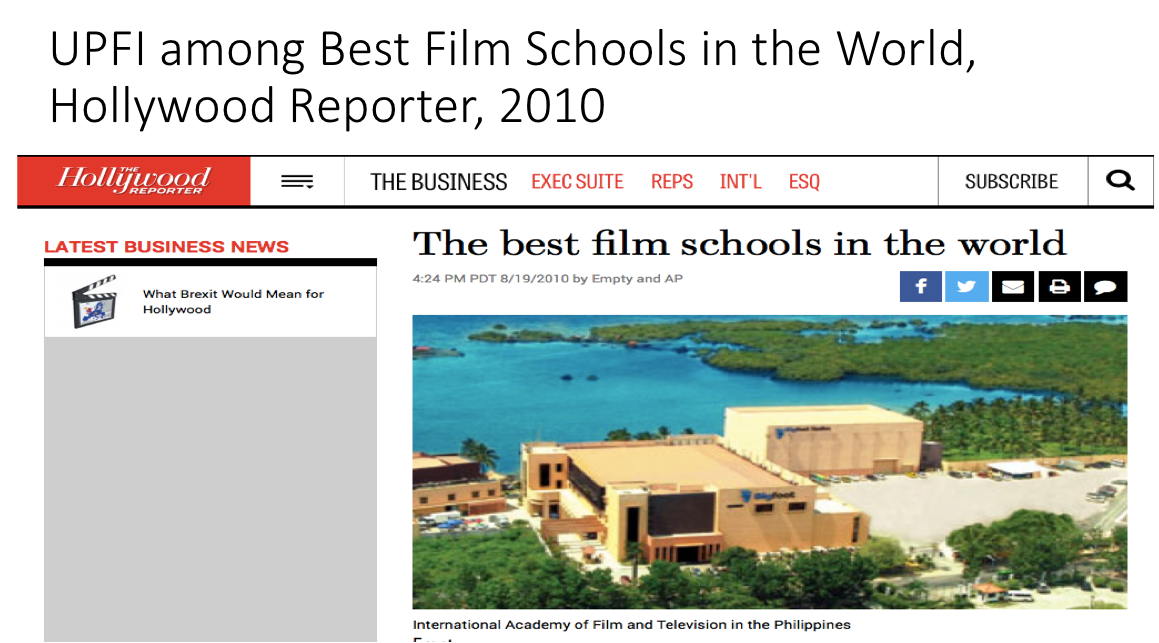