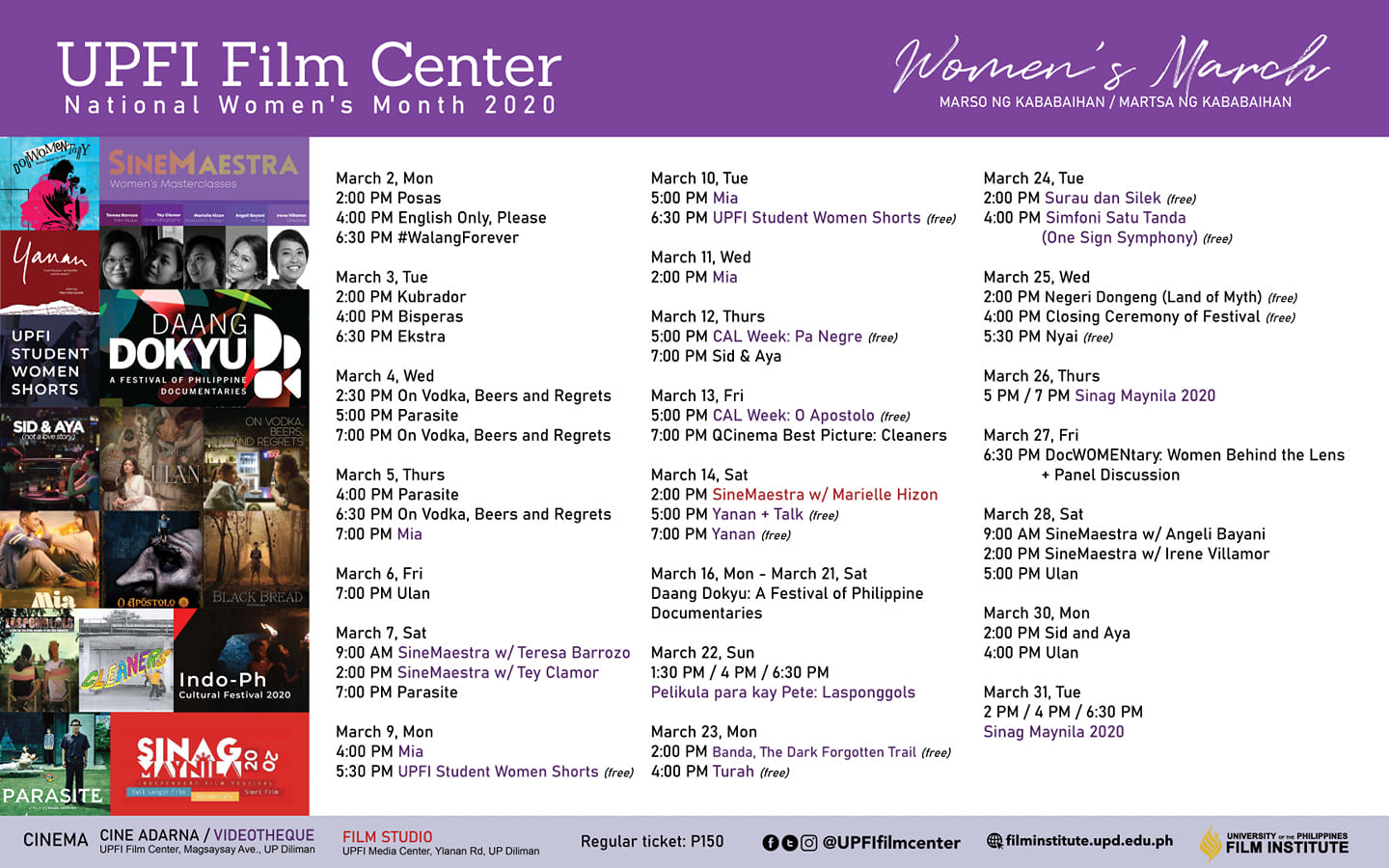 It’s National Women’s Month with UPFI Film Center screenings this March. Films in exhibition spanning studio releases, full-length docus and student works all underscore the imperative of diversity and inclusivity that has propelled women to be masters of the house and craft of cinema.
DaangDokyu, the latest addition to the festival firmament, has in fact women at the helm and is opening no less with a brand-new prize-winning title from the determined ladies ranks of the country’s documentary aficionados.
SineMaestra classes are conducted anew following the success of the first batch from last year.
More March screenings for the premier state university include Parasite on the occasion of its unprecedented multiple Oscar victory; Spanish features for the celebration of the UP College of Arts and Letters Week; A three-day spotlight on Indonesian national cinema and the initial leg for the move-over run for this year’s Sinag Maynila. 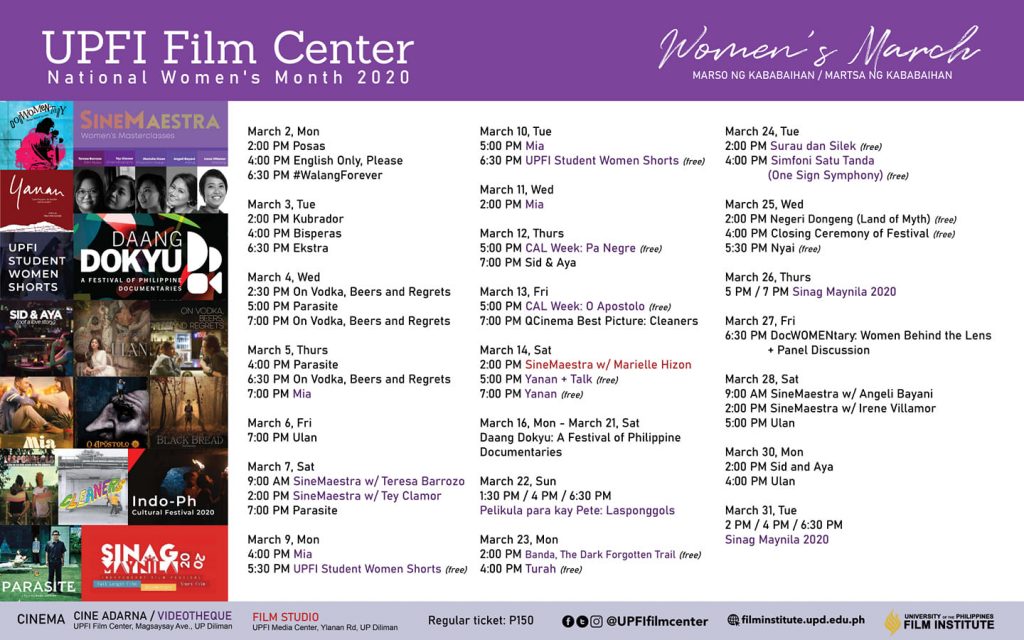