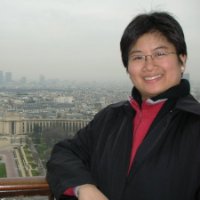 BA Film, University of the Philippines

Melissa Dela Merced is a technology designer, educator, and filmmaker. Dela Merced advocates for free speech on the internet and government transparency. Co-founder of taopo.org, a website dedicated to providing Filipinos an space to speak out on social media and call to real action.

Dela Merced has spent more than 10 years in television in broadcast technology and design. She has taught classes in photography, cinematography and non-linear editing workshops at the University of the Philippines Film Institute.