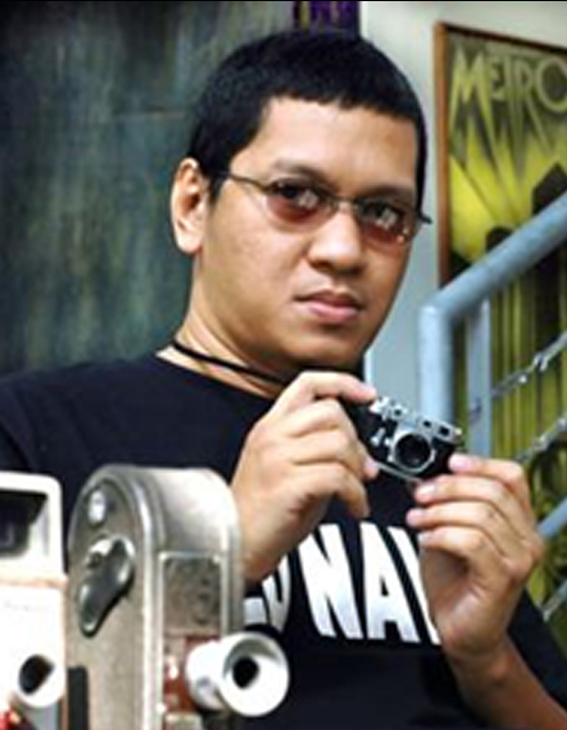 Raymond Red is one of the pioneers of modern Filipino independent and alternative cinema. Having a background in Fine Arts and photography, he began by making numerous experimental and narrative super-8mm and 16mm short films in the 1980s. His generation was inspired by the tumultuous era of the Philippines under martial rule in the '70s, from which true alternative and independent filmmaking emerged. Red immediately gained recognition by winning awards and citations, both locally and at the international film festivals scene. He had then, at an early age, begun to inspire a new generation of independent filmmakers. He has since become a regular lecturer and instructor in various film workshops and in film, fine arts, and mass communications college programs, mentoring early on quite a number of the prominent Filipino independent filmmakers of today.

In 1990 he was invited to the prestigious DAAD Berlin Artists in Residence program, where he was also awarded a film production grant by ZDF 2nd German Television. He then produced his first full-length feature film “BAYANI” (Heroes, 1992), a low-budget historical bio-pic. It was one of the first truly “alternative” Filipino films released in commercial cinemas and garnered nominations and awards from the mainstream industry awards institutions, thus it has been considered by some as the indie film that bridged the gap between the alternative and mainstream cinema. He later made two other critically acclaimed full length features, “SAKAY” (1993) another historical epic which won awards at the Manila Film Festival, and “KAMADA” (1997) a television feature that won awards from the Philippine Broadcasters Association and the Asian TV Awards.

Red has earned the distinction of being one of the first Filipinos to receive a Rotterdam Hubert Bals Memorial grant, and the first and so far only Filipino to have won the prestigious Palme d’Or award at the 2000 Cannes Film Festival for his short film “ANINO”. Red and his works have been written about in major publications like Cahiers du Cinema - France, Sight and Sound - UK, TimeOut - UK, Variety - USA, Village Voice - USA, Hollywood Reporter - USA, and the Oxford History of World Cinema. Red has also been invited as speaker in major institutions such as NYU Film, NY MOMA, Chicago Art Institute, UCLA, UC Berkeley, SF Film Institute, London's ICA, Frankfurt Filmmuseum, Alliance Francaise, Japan Foundation, National Film and Sound Archive of Australia. Red is also now distinguished for his technical expertise, and has served as speaker and done demos for new moving image technology launches of companies like Sony, Canon, and Sharp, as well as with Kodak and Fuji. Red is one of the proponents of ultra high-def digital filming in the Philippines by doing the first Red One camera tests and shooting the first Filipino feature on the new technology. He has also served as juror for both local and international film festivals like InterFilm Berlin, Singapore Film Festival, Tokyo Short Shorts, New York Asian American Film festival, BMW Shorties, and others.

Red is also active in television commercials and music video production for many years, also winning recognition in this major field. At the same time he has also been doing a few more experimental short works, among them "Salvaged Commercialism" 2002, "Melancholy" in 2004, "Mistulang Kamera Obskura” in 2006, "Pusila" in 2010, and "Bangin" in 2011. He has finally released another full length feature in 2010, entitled "HIMPAPAWID" (Manila Skies). The film has already gained critical acclaim, has screened in over 16 international film festivals including official selection in London, Tokyo, Rotterdam, Hamburg, Barcelona, Hawaii, Montreal, Los Angeles, and New York, while in the Philippines it has received from the various awards institutions (Filipino Film Critics Gawad Urian, Movie & Televison Classification board, and the Young Critics' Circle) 3 best film nominations, and has won 2 best film awards, 2 best for direction, 2 for best cinematography, 2 for best screenplay, and 1 each for best design and best editing. For performances, it has won an award each for best actor, best supporting actress, and best supporting actor.

Raymond Red has recently been given rare recognition with the prestigious Pag-Alab ng Sining (Flame of the Arts) Award by the State University's College of Fine Arts. He now joins the ranks of distinguished recipients, among them are acclaimed Filipino artists Jose Joya, Larry Alcala, Ben Cabrera, to name a few.

In July 2012 Red released his unique silent feature film KAMERA OBSKURA, a tribute to Filipino cinema heritage, as part of the Directors' Showcase at the 2012 Cinemalaya Independent Film festival. It won for him the Best Director award, Special Jury Prize, and the Best Music Score for Diwa de Leon.

In 2015, Red produced his sixth full-length feature film "Mga Rebeldeng May Kaso" (Rebels With A Case) under the Cinema One Originals Independent Film Festival grants. It received citations from the Yong Critics Circle in the major categories of cinema excellence. Red was honored with the Independent Cinema Vanguard award for his pioneering work in independent and alternative cinema, given last November 15, 2015 at the closing ceremonies of the CinemaOne Film festival.