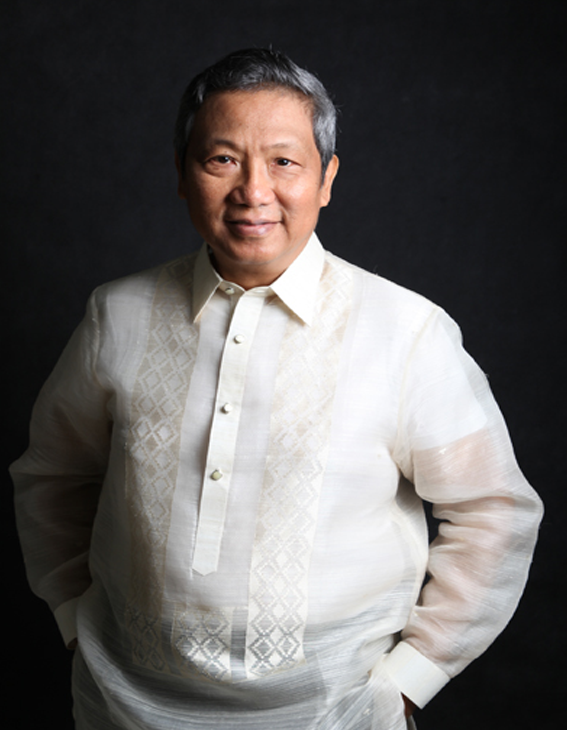 He is professor emeritus at the UP Film Institute of the College of Mass Communication (CMC), University of the Philippines Diliman. He served as dean of the CMC in 2003-2006, and during his term established Plaridel, then the only refereed journal of communication, media and society, and  the Gawad Plaridel, the highest recognition given by the University of the Philippines to outstanding media practitioners. While serving as vice president and artistic director of the Cultural Center of the Philippines in 1986-1994, he initiated and implemented the policies of Filipinization, democratization, and decentralization of the premier cultural agency.  He also served briefly as chair of the MTRCB  in  2001. He is a founding member and former chair of the Manunuri ng Pelikulang Pilipino. He co-founded the Cinemalaya Independent Film Festival and served as its congress director for eight years.  He was  visiting professor at the University of Hawaii-Manoa, the Osaka University of Foreign Studies, and University of California Berkeley.  He taught Philippine literature and theatre courses at the UP College of Arts and Letters from 1974 to 1986 and courses on the Filipino cinema and film theory at the UP Film Institute from 1999 to the present. He has also taught courses on Philippine literature, theatre, and film at Ateneo de Manila University and De La Salle University. He was director and convenor of the international conference Sangandaan, which focused on the Philippine-American relations in arts and media from 1899 to 2003.

He published ground-breaking studies  on Philippine traditional theatre forms, like the komedya,sinakulo and sarsuwela, among them the Kasaysayan at Estetika ng Sinakulo at Ibang Dulang Panrelihiyon sa Malolos and Kasaysayan ng Komedya sa PIlipinas : 1766-1982. His  books  on the Filipino cinema include  the four  volumes of The Urian Anthology, which document  the history of the Filipino cinema from 1970 to 2009 through  an anthology of articles, reviews,  interviews, and a filmography;  and the pioneering  The Cinema of Manuel Conde.   He edited and published the 10-volume CCP Encyclopedia of Philippine Art and the 30-part Tuklas Sining monographs and videos on the Philippine arts. He edited Pelikula, a journal of the Filipino cinema in 1999-2001 as well as three issues of Plaridel journal.

He has written full-length plays like Pilipinas Circa 1907, Noli at Fili Dekada 2000, Basilia ng Malolos, Labaw Donggon : Ang Banog ng Sanlibutan, and Mabining Mandirigma, dance librettos likeSiete Dolores,  Adarna,  Gatlaya, and Realizing Rama, as well as scripts for documentaries on Philippine theatre, costumes, and festivals.  In 2014, he wrote and produced the musical docudrama, Ang Kababaihan ng Malolos / The Women of Malolos, based on his book The Women of Malolos.

His works have received awards from the Manila Critics Circle, the Gawad Chanselor of UP Diliman, the Surian ng Wikang Pambansa, the National Research Council of the Philippines,  and  the National Book Development Board of the Philippines.  He was the recipient of several UP professorial chairs, the Outstanding Professor award from UP Diliman, the Fulbright Professional and Senior Researcher grants, the Freeman Foundation grant, the senior research fellowship from the Center for Southeast Asian Studies of Kyoto University, and the research fellowship of the Japan Foundation. He received  the Gawad CCP para sa Sining for Cultural Research and Administration, the CCP Centennial Honors  for  the Arts, the Gawad Tanglaw ng Lahi of the Ateneo de Manila University,  the Patnubay ng Sining at Kalinangan from the City of Manila,  the rank of UP Artist III in 2009-2011, the Grant Goodman Prize for Historical studies in 2015, and the Philstage Gawad Buhay for the libretto of Mabining Mandirigma in 2016.