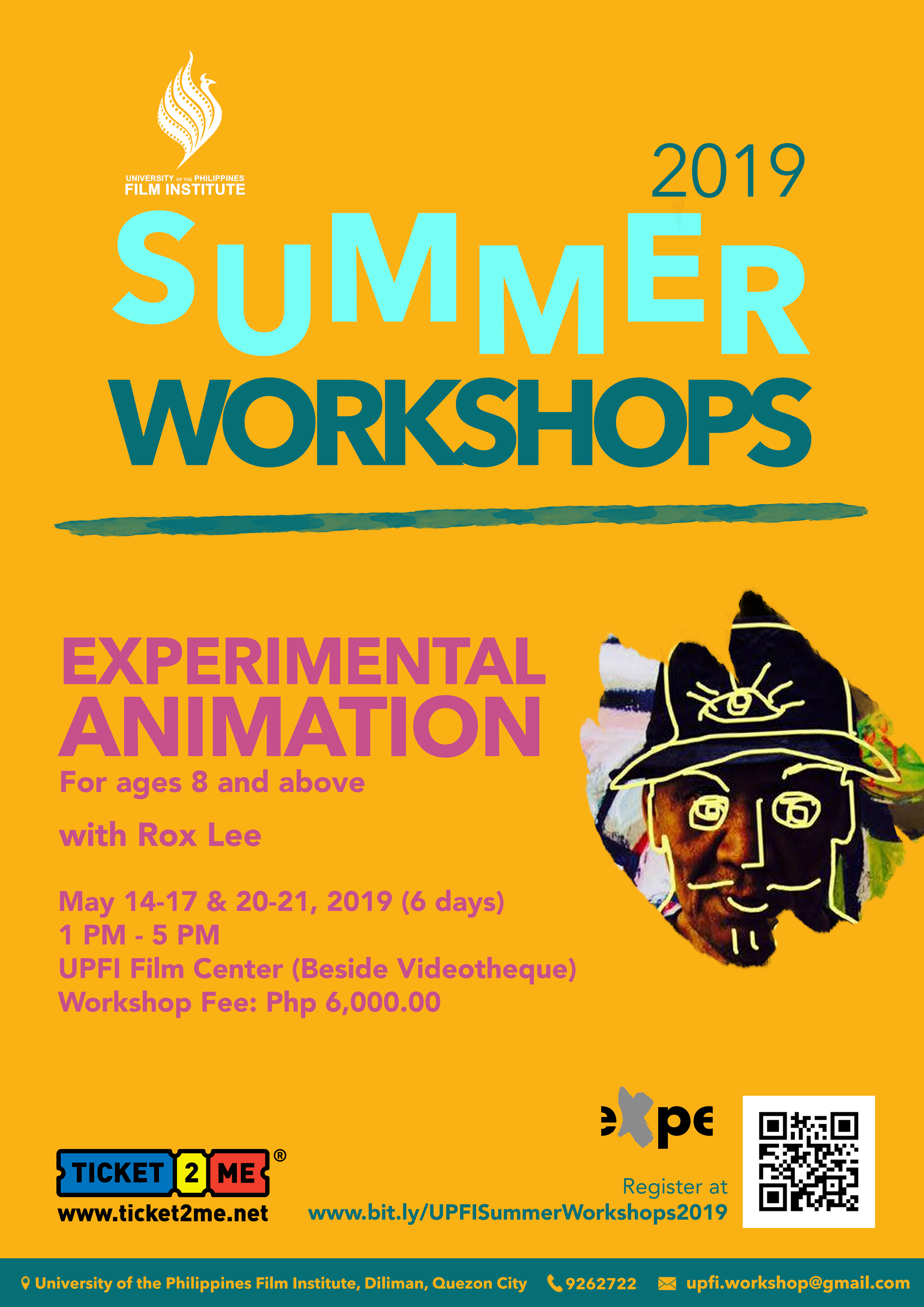 Brief Description
Animation is one of the oldest techniques utilized by storytellers to manipulate the sequences of images. With animation, filmmakers found a way to explore and push the potential of filmmaking by exceeding the boundaries of imagination.
The short course is designed with a hands-on approach to help the participants think outside the box as they explore the fundamentals of animation and its various styles, such as hand drawn and stop motion, through the use of traditional and unconventional materials. Editing and sound design are included in the discussions. At the end of the workshop, the participants will have a chance to view their final output.

About the Facilitator:
Rox Lee – aside from being a part-time painter is also an advocate of independent cinema, apart from making short animations, experimental films, documentaries, and feature films, he is also a cartoonist with their comic strip ‘Cesar Asar’ which they made into a movie together with his brother Mon. He is one of the founders of Animagination which became Animahenasyon – an animation festival held annually.
He is also one of the founders of Cinema Regla, a group of filmmakers, visual artists and musicians who spread the influence of independently produced Filipino art throughout the country. He co-founded Yamagata International Documentary Film Festival, an artist fellowship grant from Japan Foundation enabled him to stay in Tokyo in the 90s.
He took up high school at Ateneo de Naga, studied Architecture in Manila and at the present doing a self-produced movie and into paintings.

Get your tickets conveniently and securely from https://ticket2me.net/e/1808/ or by downloading the Ticket2Me app from the Apple Store or Google Play.