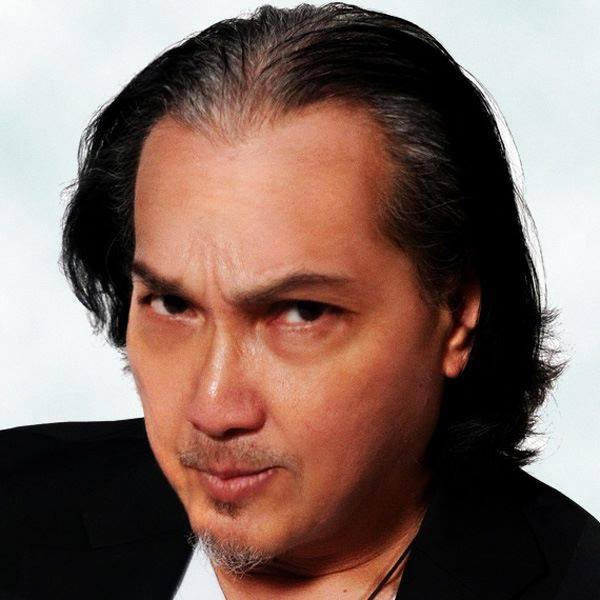 MA in Art in Philosophy, University of the Philippine

BA in Art in Philosophy, University of the Philippine

Began his film programming career in 1982 at the Experimental Cinema of the Philippines.  Currently, he teaches at the University of the Philippines, De La Salle University, and De La Salle – College of Saint Benilde –his special teaching focus is on Contemporary Southeast Asian Cinema, as well as Film Festival Management.  Early 2016, he was invited to be a part of the revitalized MMFF (Metro Manila Film Festival) Executive Committee.

For more than three decades he worked at the Cultural Center of the Philippines -his last position being the Director of the CCP Media (Film, Broadcast & New Media) Arts Division.  At the CCP, he organized alternative cinema festivals, film workshops and fora, and managed the longest-running indie film and video competition in Asia – the Gawad CCP Para Sa Alternatibong Pelikula at Video (The CCP  Independent Film & Video Competition), which started in 1987.

He was also one of the founding members of the Cinemalaya Philippine Independent Film Festival, and was in charge of the festival’s programming.  He also held a brief stint as Editor-in-Chief of the Asia-Europe Foundation’s film360 online site.

In 2007, he was awarded a Asian Public Intellectuals Fellowship Grant by the Nippon Foundation for his research entitled Changing Landscapes, Changing  Lives:  the Changing Cinemas of Asia.

A two-time Palanca awardee for playwriting, he has been writing columns and articles for Philippine and international publications since the mid-70's.  One of his awarded plays, “The Theatre of Director Julius Opus” was published as a book by the UP Press in the early 2000s.  His work on philosophy and film, entitled "Heidegger's Being and Time & Manuel Silos' Biyaya Ng Lupa", as well as a collection of full-length plays are in its pre-publication stage -at the UP and DLSU Press, respectively.

In 2010, he completed a five-week scholarship training on Film Festival Management in Berlin, Germany sponsored by the Deutsche Welle – Akademie.